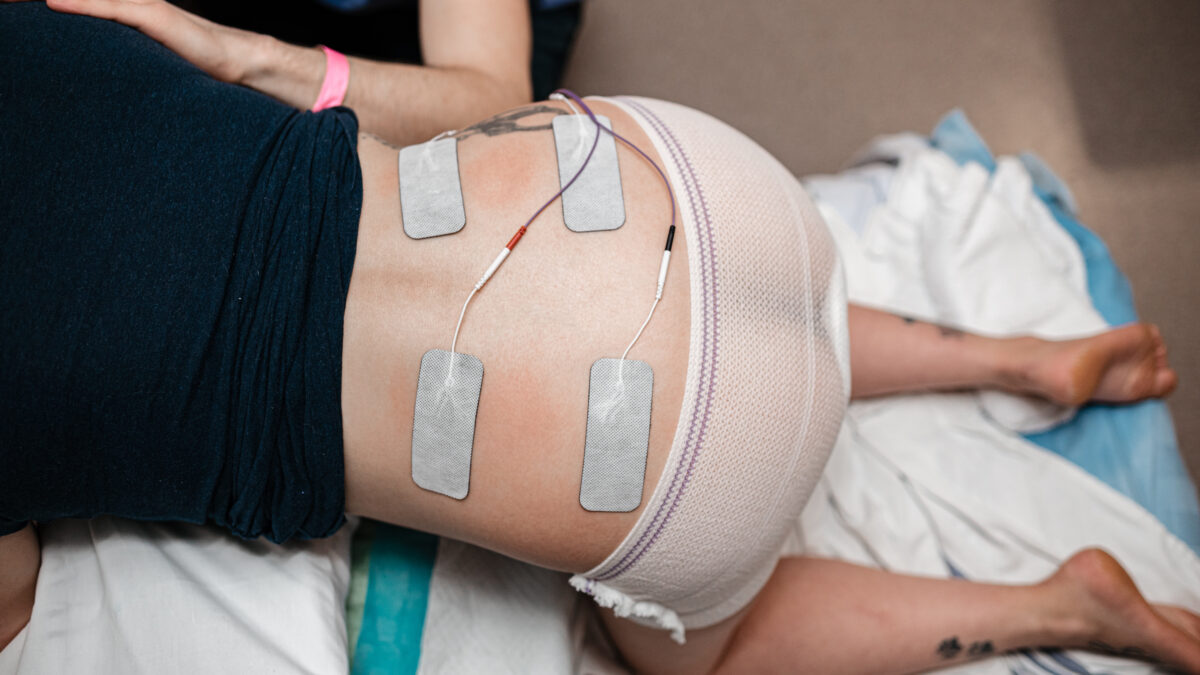 As of late, the TENS machine is the labour tool on everyone’s lips. Hospitals and maternity wards often promote its use as a comfort measure during labour, and many who used one swear by it. So what is TENS, and is it really worth the buzz?

TENS is an acronym for transcutaneous electrical nerve stimulation. A TENS unit is a handy little device that delivers small pulses of electricity through the skin via electrodes – sticky pads generally placed on the mid and lower back, on either side of the spine. The first natural question that comes up is, “does that hurt?” to which the answer is no, not really. Users often describe the sensation as a pleasant buzzing, tingling or prickling sensation, so the only real shock you’re in for is likely to be the hospital food.

For all the recent hype, one might assume the TENS machine is a new device on the market. This is not the case. Initially invented in the 70’s, the device rose to popularity in the 90’s, and is commonly used today as therapeutic relief for period cramps, injury rehabilitation, and even arthritis. For bonus trivia knowledge, the Egyptians first recorded the use of electrotherapy on a slate palette in 3100 BC. It’s believed they treated ailments by applying the electric catfish found in the Nile (a service your modern-day doula is unlikely to offer).

So how does this “fishy” science work, exactly? There are several theories explaining the benefit of electrical nerve stimulation on pain perception. The first is known as the Gate Control Theory. The theory suggests that the spinal cord contains a neurological “gate”, that controls which signals make it through to the brain via nerve fibre activity. If you’ve ever knocked that decidedly un-funny part of your elbow, you might recall that your first instinct is to apply pressure or massage it. Same theory: when using a TENS machine at low-level intensity, the sensation provides an alternative psychological signal that takes precedence (at least partly) over the simultaneous pain you’re experiencing.

The second is the Endorphin Theory. Endorphins are chemicals (ok, technically endogenous opined neuropeptides for the Heisenbergs reading) that we naturally produce to provide the body with pain relief. Contrary to what we might think, endorphins aren’t only produced when we experience pleasure, although if a craving for a king-size mars bar during labour hits, you should absolutely volunteer as tribute. The body also produces endorphins when we experience pain, resulting in a morphine-like effect on our receptors. By using a TENS machine at a higher intensity, the body is triggered to produce endorphins. Very cool!

The final benefit of using a TENS machine is a little less scientific, but follows in a similar vein of psychological pain perception. Only the person in labour controls the device – managing the intensity and using the “boost” function as needed during contractions. This sense of control and active participation during labour (coupled with freedom of movement) is not only a welcome distraction, but also has the potential to decrease anxiety within an unfamiliar setting.

It’s important to note that the TENS machine is not an analgesic form of pain relief. Unlike narcotics, there are no adverse side effects, save for a small chance of skin irritation from the sticky pads (likely a sensitivity to the adhesive gel). The main thing to remember is that electricity and water don’t mix. Always apply to clean, dry skin on the prescribed locations only, turn off the device when not in use, and remove the pads before taking a shower or bath. There’s a bunch of other precautions that will be listed on your device’s paperwork (don’t apply to broken skin, and you know, try not to drop it) but generally speaking it’s a simple tool to use. The peak benefit of the machine is reportedly felt after several hours, so it’s a good idea to start using the unit during the late stages of early labour, when things are heating up. That way, by the time you are experiencing the intensity of active labour, you’ll be good to go. 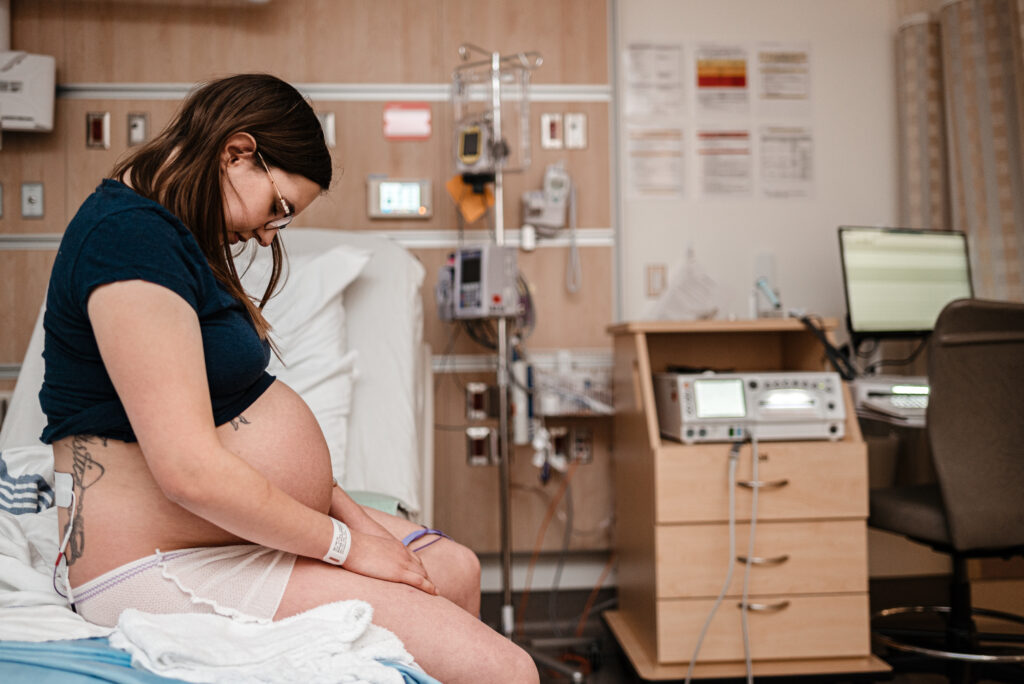 Further research into TENS benefits are welcome, but apart from anecdotal reviews, there is already promising data available from three recent studies. In a 2017 study from Iran, participants saw a marked difference in pain rating after two, three, and four hours after use – with only 20% rating their pain as severe, compared to 83-87% in the control groups. When asked four hours after birth, only 7% of TENS users recalled their pain as severe, compared to 43% of the placebo group, and 60% who did not use TENS. A Brazilian study the year prior showed that TENS users waited approximately seven hours to request pain relief, compared to just two hours for the group without; a finding that may be of particular interest to parents desiring a birth with minimal medicative intervention. Other studies between 2011 & 2013 produced findings of increased birth satisfaction, a reduction in epidurals, and even a reduction in NICU admissions.

So; you’ve done your homework, googled “electric fish” (nightmare fuel), received the green light from your practitioner, and decided you’d like to try a TENS machine. The first point of call is to rent or buy one. Some providers and doulas have may have a unit available for you to lease, or you may feel more comfortable purchasing your own. Ensure you have a fresh set of electrodes  to use (the sticky pads with wires attached), and spare sets of AA batteries. Again, always ensure you have sign off from your healthcare provider before using a TENS machine, and note that they are generally not recommended for use before 37 weeks. There may be other factors that affect your eligibility to use the device, such as epilepsy or a pacemaker. The best directions for use are located on the instruction leaflet with your machine, but regardless of your particular device, you’ll want to ensure that your cords are tangle free, with the pads placed correctly.

While there is likely to be further study into the proven benefits of transcutaneous electrical nerve stimulation as a form of pain management, a TENS machine might be the only thing missing from your labour tool-belt. Congratulations, you’re ready to sit back, relax, and do like MGMT:

“…you can feel it in your mind, oh, you can do it all the time, plug it in, change the world, you are
my electric girl…”

Words by Zoe Elkington, Milk & Blossom
Zoe Elkington is a Birth & Postpartum Doula, Freelance Writer, and Perinatal Photographer in Downtown
Toronto. You can view her gallery on her website and Instagram.
milkandblossom.com
@milkandblossom 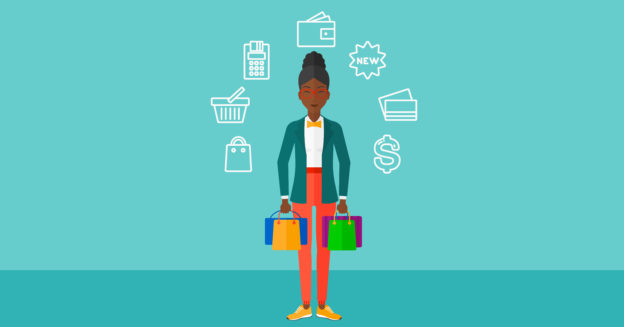 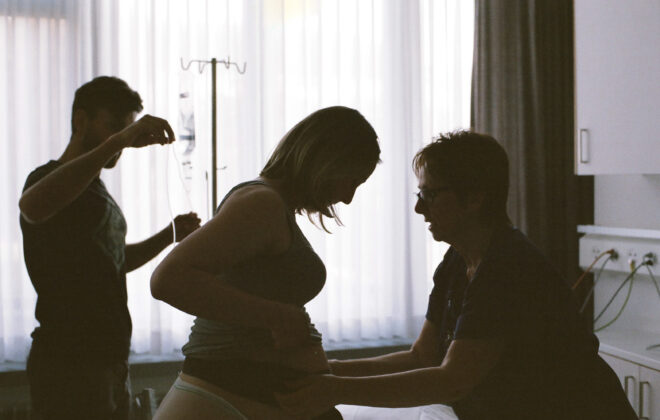 A Day in the Life of a Doula 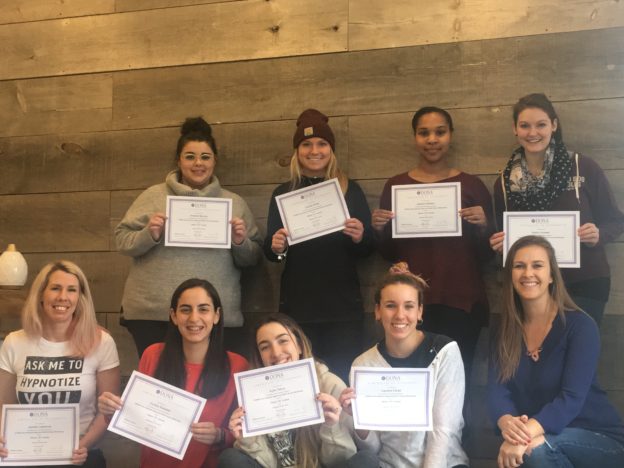 The Poetry of Doula Life

has been added to the cart. View Cart